Mr. Lukman joined the Company in 2004 as Chief Operating Officer and assumed the position of Chief Executive Officer in July 2006. He has over twenty-five years of enriched and diversified experience with national and multinational companies. He started his career with A.F. Ferguson & Co., (a member firm of the PwC global network) in assurance services and also worked in their tax services. He has served as a member of the Financial Impact Team in Coca Cola F & N Singapore and also served as Finance Head in Rhone – Poulenc Rorer Pakistan Limited. He has also served Central Depository Company (CDC) as Head of Finance in 1997 and he during his tenure, along with reorganization of the finance department, also initiated the trusteeship operations.

Mr. Lukman has represented NCCPL on various committees formed by Capital Markets, Mutual Funds Association of Pakistan and the Securities and Exchange Commission of Pakistan (“SECP”). He has also represented NCCPL on the Legal and New Product Development Committees of Asia Pacific CDS Group (“ACG”) which deliberated the drafting of different Regulations of the Asia Pacific region. He has attended specific trainings and workshops on Capital Markets including training organized by US Securities & Exchange Commission in Washington DC.

Mr. Lukman is the first Pakistani national appointed as an expert advisor of Shanghai Institute for Real Economy, a research based institute and a think tank. He has been a keynote speaker on various forums conducted by ICAP and ICMAP. He also supports various education, training & development initiatives. 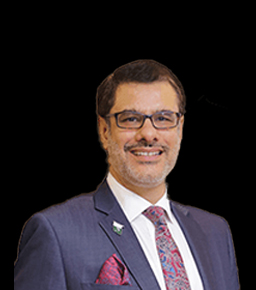